on sickness and sufficiency

i smell like honey lemon cough drops and peppermint tea. my throat is raw, and i've blown my way through a whole box of tissues. i have not even entertained the idea of makeup in the past forty-eight hours, and my hair is something akin to a fluffy lion's mane. my days have consisted of several episodes of "new girl" and hours upon hours of reading as i've remained in a horizontal position for fear of my head exploding should i actually dare to sit up.

all of my weekend plans have thus been deflated by a relentless and determined cold.

as a woman who relies heavily on, and takes joy in, to-do lists and calendars, i did not plan for sickness to plague me as it did, nor did i plan to spend several days in so much quiet succumbed to the inability to speak normally. i had yet to pencil in reminders to take medicine every twelve hours, and i certainly didn't foresee the sweetness and conviction that would spring forth from my solitude and silence. but the Lord, in his mercy, did and has orchestrated the last two days in the most beautiful and unexpected way.
------------------------------------------------------------------------------------
i'm twenty-four years old. i spend most of my hours helping forty-two prepubescent humans navigate the waters of overwhelming hormones and seemingly dramatic situations. my thoughts are often overcome with how i can help my students: emotionally, socially, academically, individually, and collectively. they are my ministry and my responsibility for now. this can be exhausting and is nothing how i planned my life to be the year i'm turning twenty-five. in fact, the plans i had for myself at this age are starkly different than my reality.

i would chronicle the differences between the two for you here, but that's not the point. the point is that a lot of my "what ifs," the questions about my future, are becoming my "even ifs." what if my friends marry and i remain single? what if i have to become financially responsible for myself? what if i'm not doing what i think i'm supposed to be doing? what if i'm not living where i think i'm supposed to be living? these questions and a multitude of others have reverberated off the walls of my heart for years. i've struggled with contentment wondering why some move through certain seasons at one pace while others move at another, why the ideals i penned so concretely have yet to come to fruition. and the best answer i can render is that His plans and reality are far greater than mine. confidence placed fully in Him, despite circumstances and thwarted dreams, is my only hope.

despite the truth that my life isn't what i thought it would be, despite the legitimacy that my plans could still easily be foiled, may my heart beat with the same assurance that habakkuk's did: the assurance of a constant and sufficient God...

though the fig tree should not blossom,
nor fruit be on the vines,
the produce of the olive fail
and the fields yield no food
the flock be cut off from the fold
and there be no herd in the stalls,
yet i will rejoice in the Lord;
i will take joy in the God of my salvation.

even then, i will rejoice in the Lord.
because of who He is.
Posted by Kelsey 0 comments


things that have changed in the last two years: i've graduated from college, managed to convince some people i'm a real adult, and purchased a (real-adult) couch.

things that haven't changed in the last two years: i still fall asleep in movies, clean incessantly, and cherish the first sip of coffee above most things.

and now that all five people who read this are caught up...
----
i sit at my kitchen table, pen in hand, coffee in close proximity, journal open to a fresh page- the blank lines promising revelations and musings, promising to hold my smeared stories, smeared with tears, as i recount the moments i don’t want to lose. i begin writing with less of a purpose in mind and more of the sheer need to feel ink on paper, my hand etching its way across my own sort of wilderness.

today i write about his love. HIS love. i try to explain it with words, descriptors that might minimally grasp this reality in my life. but, i've often found that words cannot envelop the wonder that is his love. they fall short. they're insufficient. and yet, i still try, because i appreciate how the combination of letters in a certain order can evoke such feeling and truth. writing is like a puzzle. how can i bind specific parts of this puzzle to communicate what i think, feel, and know? i know his love; i've experienced it beyond what i deserve, but words confine it. they hinder and limit its magnitude.

even still, his love is fierce and gentle, bold and sweet; it is unconquerable, unwavering, untiring; it is stubborn and persistent, always welcoming. it sustains me through the night and satisfies me every morning. his love penetrates every darkened crevice and overcomes my weaknesses. it is gracious and merciful beyond my comprehension. his love is selfless, sacrificial, and so undeserved. its foolishness has saved me.

bear with me.
---
oh, the glory of the savior's love
surrounding our surrender
to know forever we are welcomed home

My advice for today is as follows--

1. Skip class at least once a semester.
2. Find a running buddy. And run.
3. Drink water, and drink lots of it.
4. Comparison is a thief. Help yourself and those around you kill it.
5. Fall in love with a British boy band.

And those are my words.
Posted by Kelsey 2 comments

I've got some advice.
Consider it free--

1. Always be sure that your dishwasher is empty when having friends over for dinner.
2. Find a good chocolate chip cookie recipe. And memorize it.
3. Floss your teeth before you brush them.
4. Write papers at least three days before they're due.
5. Confess and forgive. Your body will thank you.

You wouldn't believe how many times I've begun to type something in this little text box and pressed backspace. Words are insufficient; words fall short. It's as if there's a disconnect between my head and my heart, a disturbing nuisance making fuzzy the connections that I so often rely on as I'm not adept with the spoken word. I want to write! I want to write about the joys that invade my life and the fears that are sometimes quick to choke them. I want to share my struggles, the things which threaten to suffocate me, and I want to share my victories, the things which are meant to be celebrated. Oh, how I want to write with reckless abandon...

But not tonight. Words elude me, and I'm left with a single phrase that's been reverberating off the walls of my heart: I am His, and He is mine.

And right now, that is sufficient. 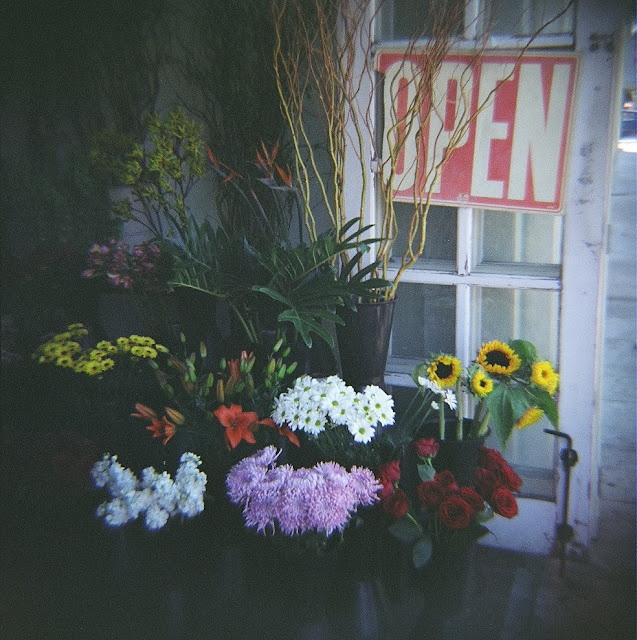 Thy mercy, my God

We've been singing this at church lately, and I do love it.//

Thy mercy, my God, is the theme of my song,
The joy of my heart. and the boast of my tongue;
Thy free grace alone, from the first to the last,
Hath won my affections, and bound my soul fast.

Without Thy sweet mercy I could not live here;
Sin would reduce me to utter despair;
But, through Thy free goodness, my spirits revive,
And He that first made me still keeps me alive.

Thy mercy is more than a match for my heart,
Which wonders to feel its own hardness depart;
Dissolved by Thy goodness, I fall to the ground,
And weep to the praise of the mercy I’ve found.